Last weekend we were at the biggest Rainbow Six: Siege tournament in Europe: Six Major Paris. The fans are already familiar with the Six Invitational. For two years the best teams in the world decide who rules the pack at the grand stage in Montreal, Canada. Of course in Montreal, because it’s the birthplace of Rainbow Six: Siege. Developer Ubisoft decided it was time for a big tournament in Europe. The choice was once again very obvious: Paris. Ubisoft is a French company after all. 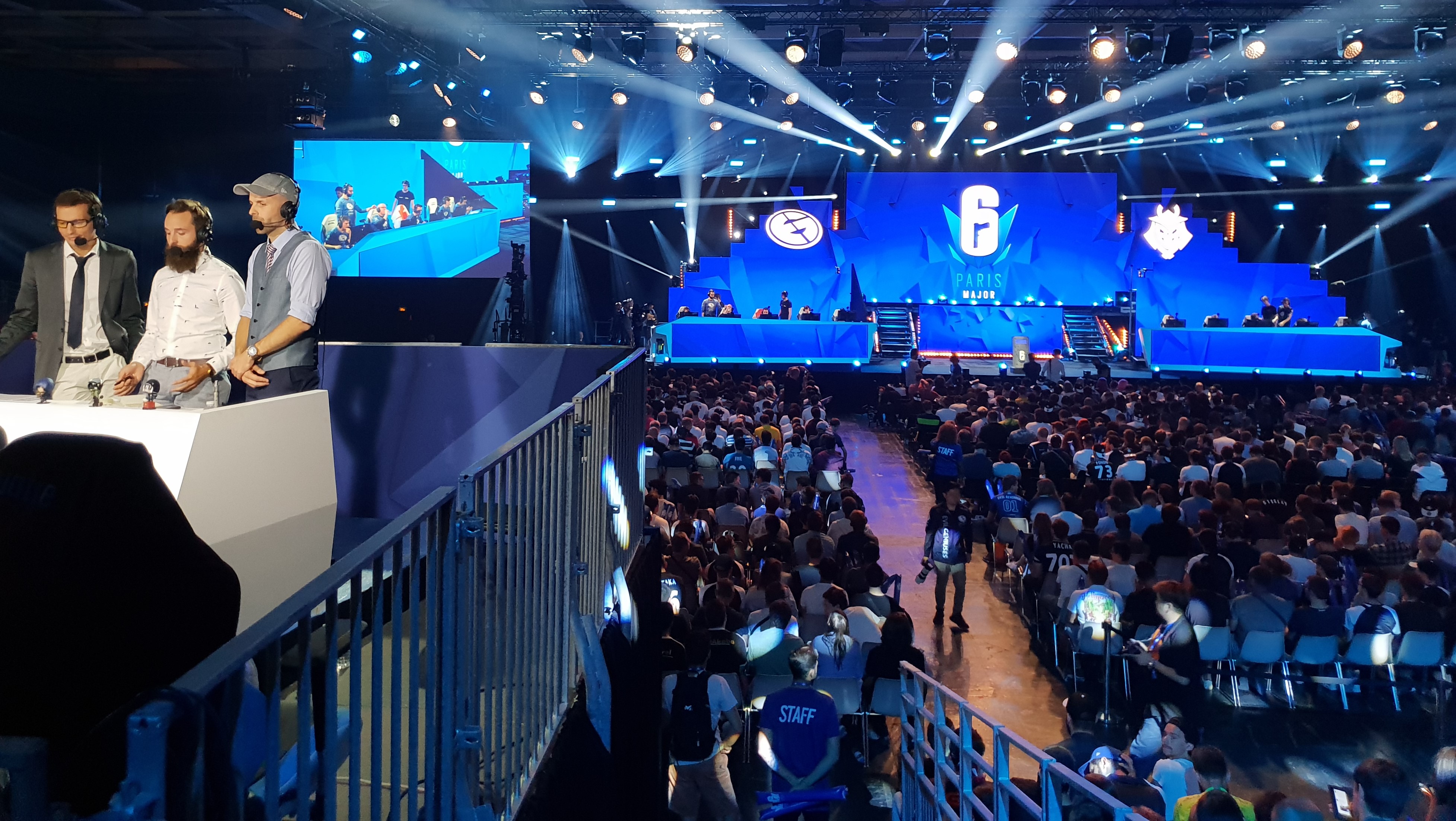 Choosing Paris for the first installment of the Six Major was logical, but this doesn’t mean it will automatically stay in Paris. The idea is to have Six Major in a different city and / or country every time it is held. France posed its own specific problems. There is a law which states big events should be presented in French. This meant for us that the biggest streaming production was in English, but the people in the audience were listening to French commentary. During live English interviews there was a French dub to be heard. You could listen to the English stream, but this meant you were always about ten seconds behind the action.

The French Team Vitality got eliminated in the quarter finals, but were still the crowd favorites. They were signing autographs for a very long time on Saturday. 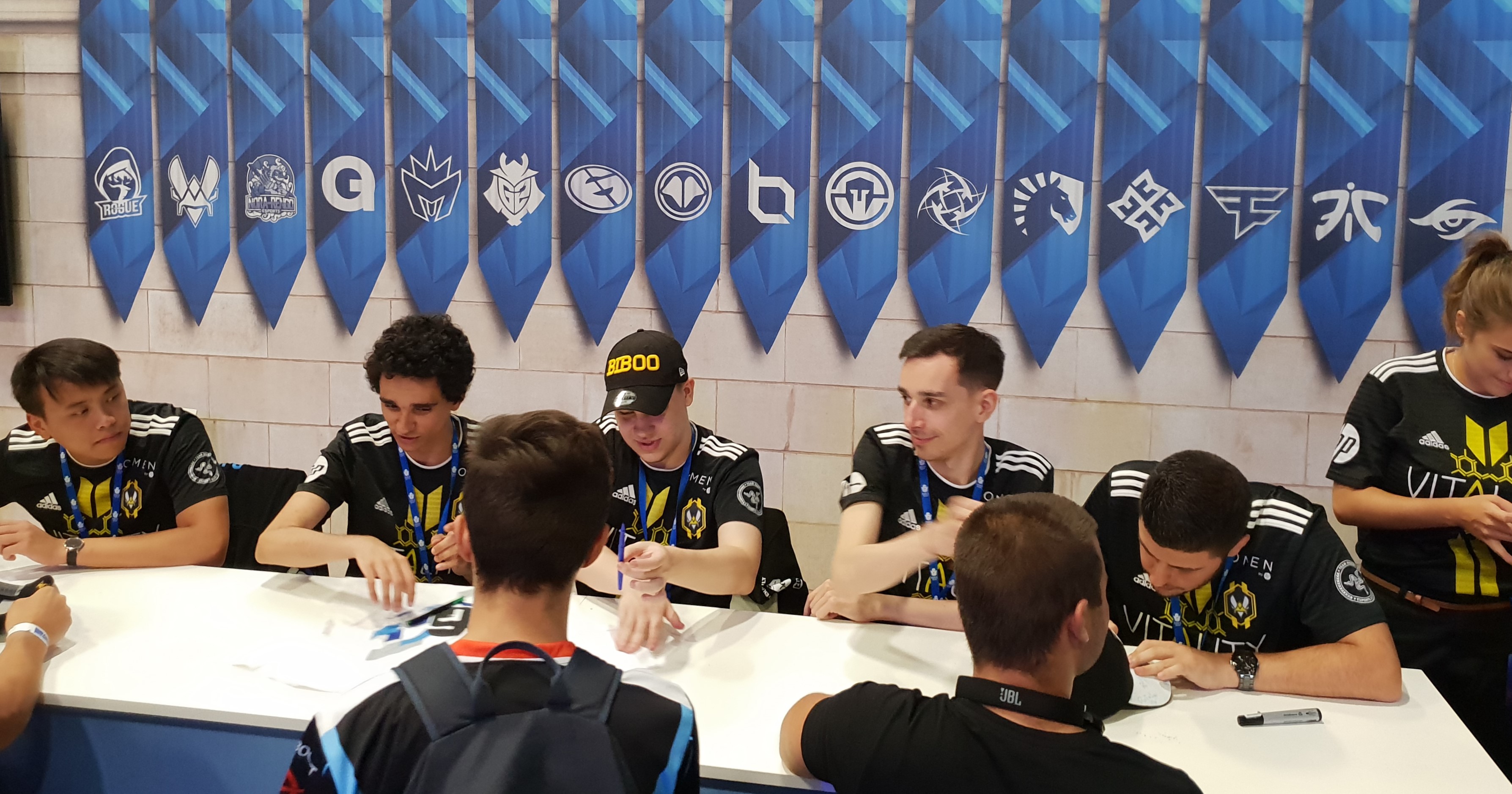 The facilities of the Paris Expo Porte de Versailles were great. The venue is right next to the metro, there are multiple free Wi-Fi-networks, and the personnel is very helpful. Enough options on the menu with a McDonalds on the premises, which also served a special Rainbow Six-menu, an Oriental food truck, and a sandwich-shop.

The décor in the Expo was straight from several maps. Gamers could challenge each other to drone races. Indeed, identical drones to the ones in Rainbow Six: Siege. These drones could jump pretty high. 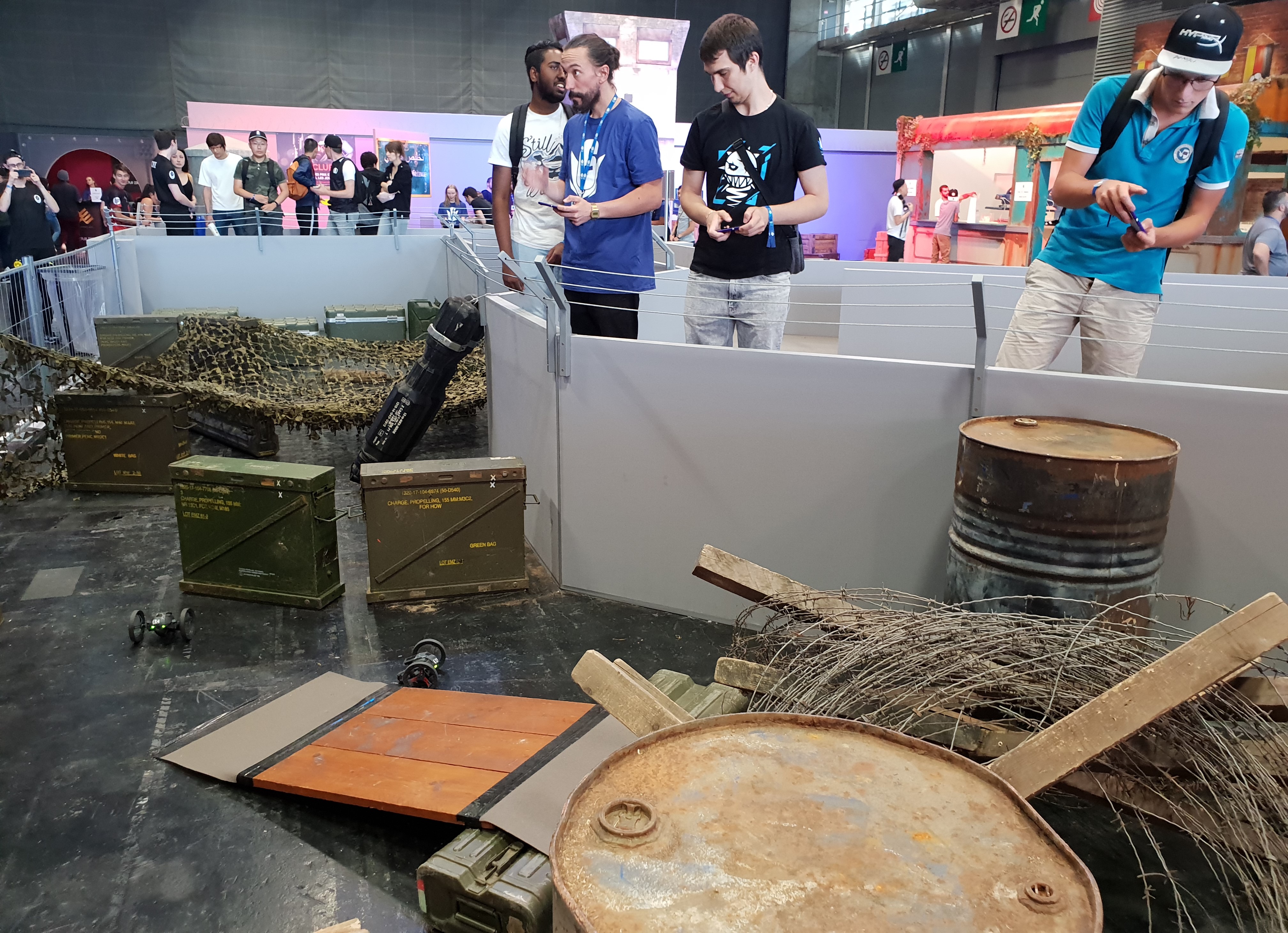 Cosplayers were walking proudly through the venue. You could have your picture taken with them.

There were makeup artists, who could transform you in your favorite operator. 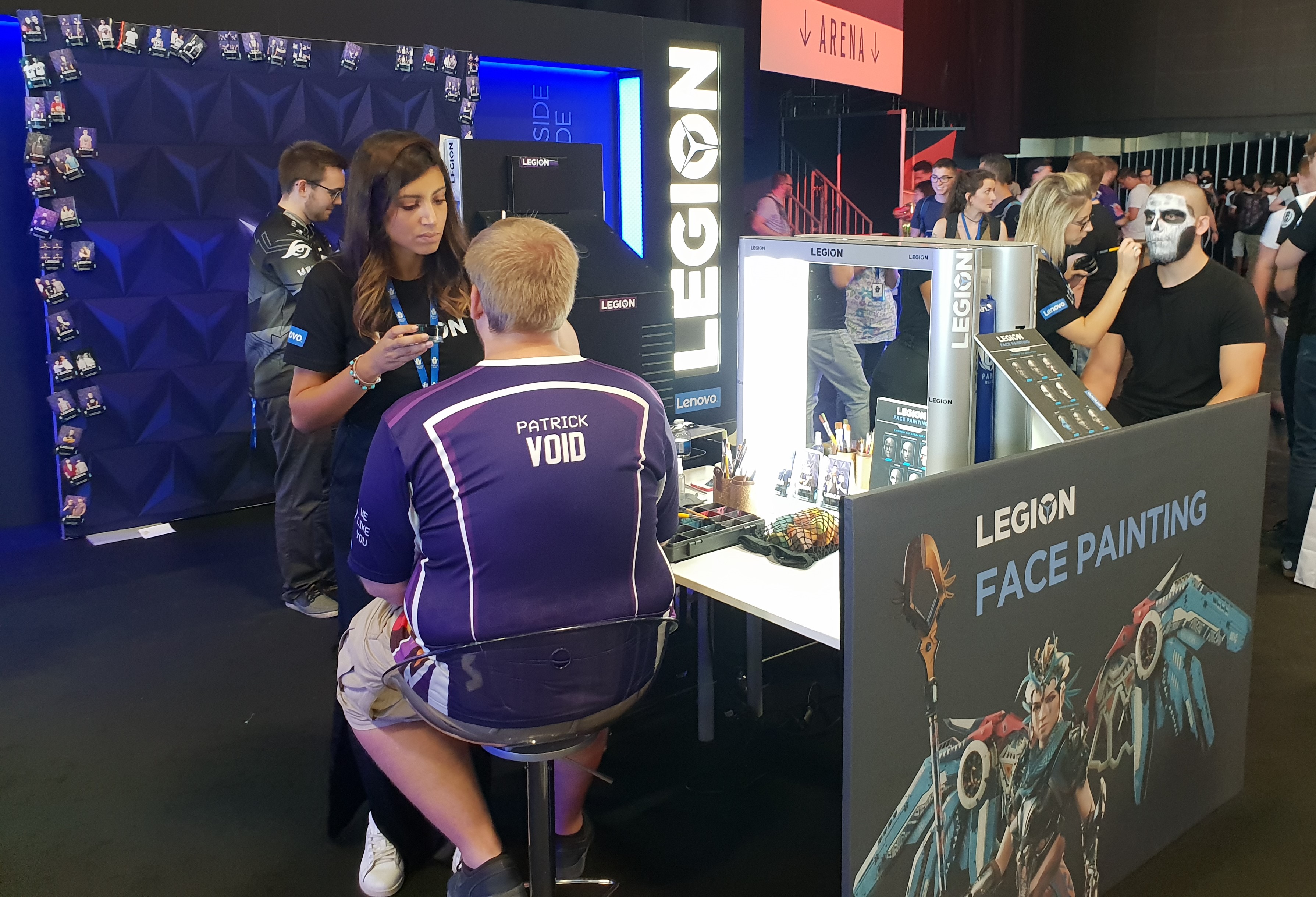 Lovers of t-shirts had ample choice in team shirts, There was even the possibility to print your own name on it. The popular dolls with big heads, Chibis, were on the shelves as well. Sadly there was no more merchandising. No mug, pencil case, gaming mouse mat, or other collectables were for sale.

If you were up for a break, you could play the virtual reality game Space Junkies, which is a team based shooter. 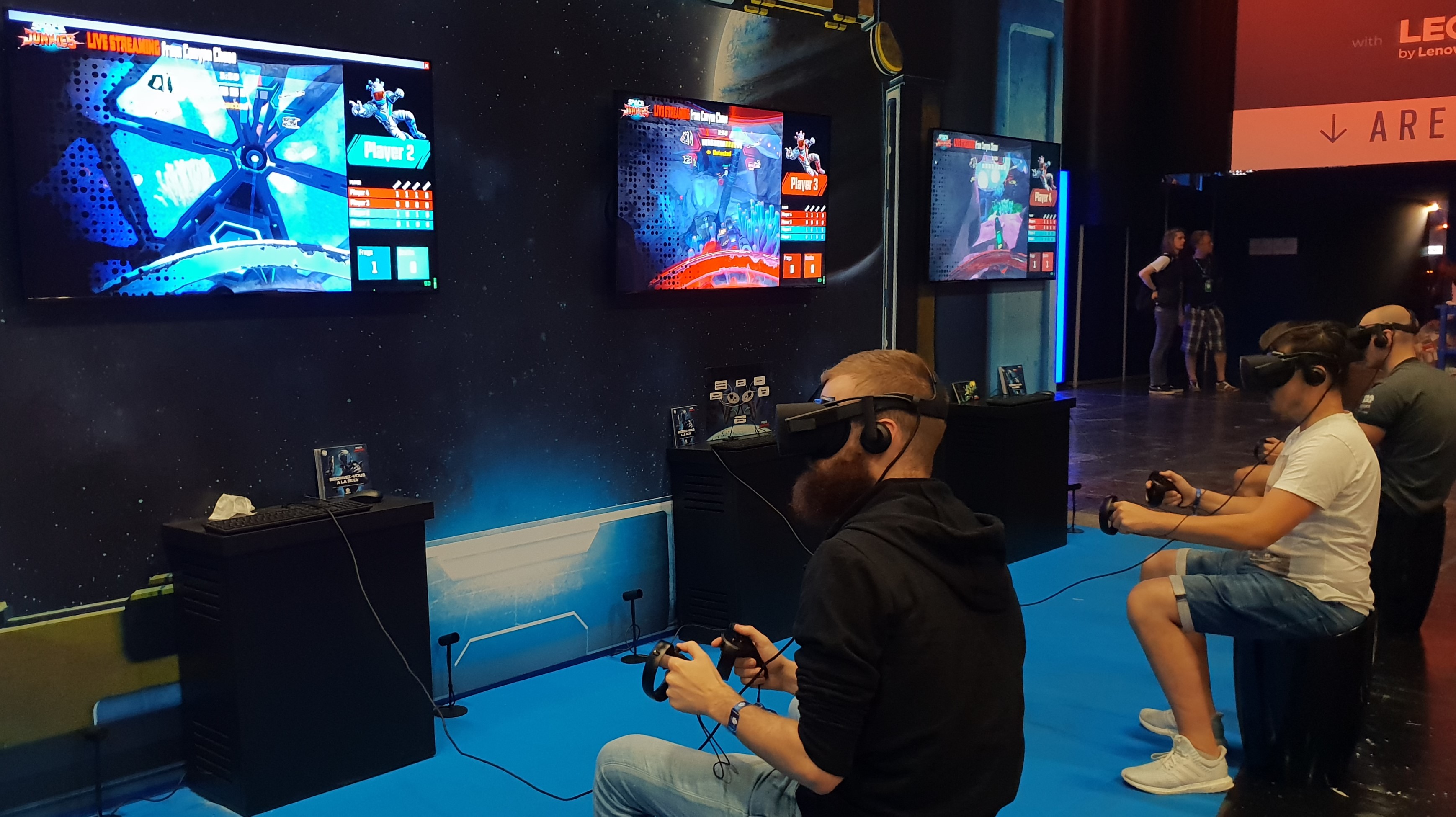 Every three months Rainbow Six: Siege gets two new operators (a defender and an attacker). Every six months there is a new map as well. It goes without saying the date for Six Major Paris coincided with this roster. Under the moniker Operation Grim Sky Ubisoft presented the American attacker Maverick and the Britch defender Clash and a reworked map. Veteran players are familiar with Hereford Base, which was playable already in the beta. Because of the lack of balance, Hereford Base was never available in Ranked Mode. Ubisoft gave the map a proper makeover and now Hereford Base can also be selected in tournaments. Gamers could take the new operators for a test run in Paris, even before the official unveiling. The queue was impressive, but naturally it was worth it. Together with other press we also played a match. We got pitched opposite an esport team, who quenched all our hopes in record time. 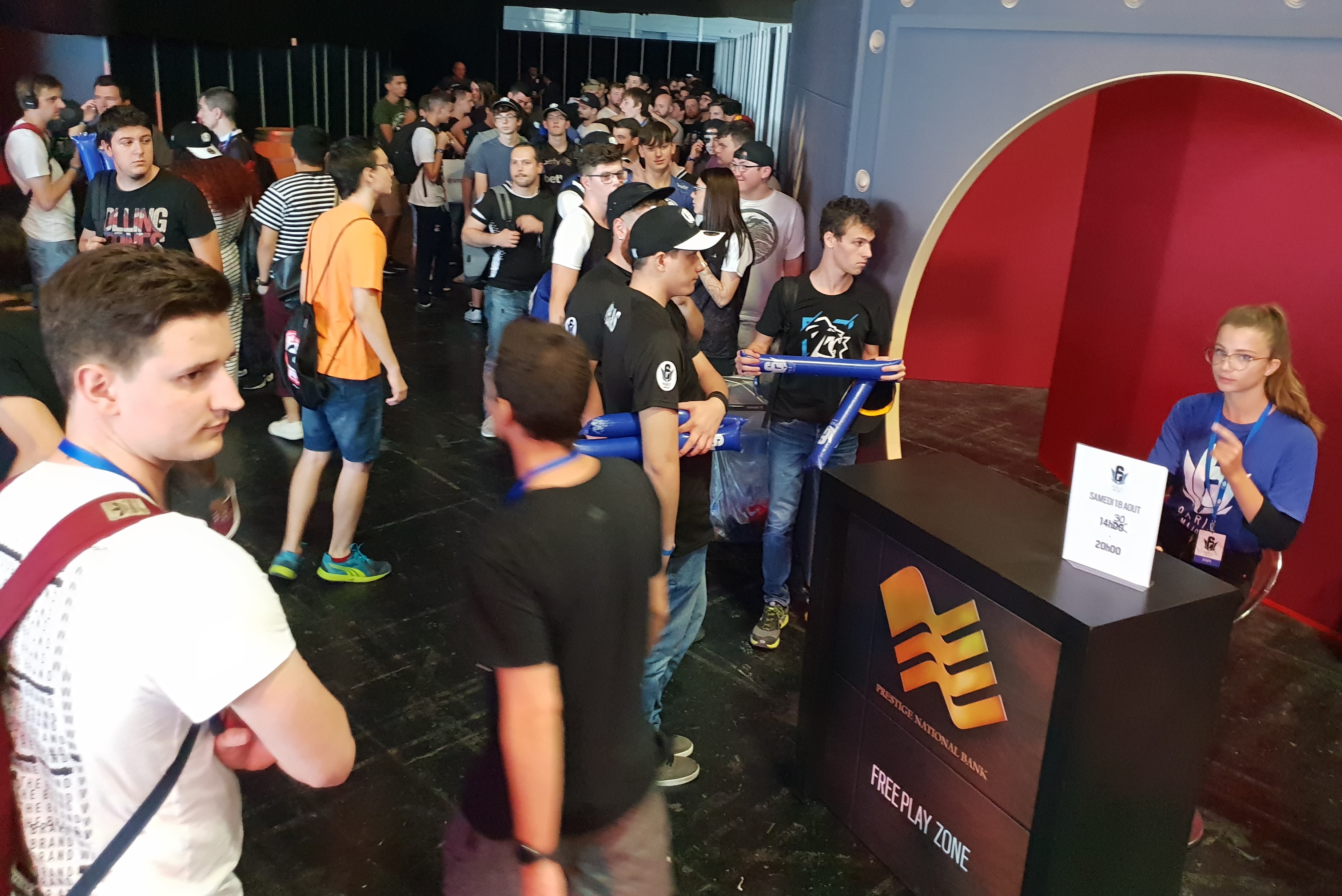 For an entire week the crowd was entertained by the high level of play. In the end we got an all European and an all American semifinal. A big shame that no Asian team made it to the final stages of the event. Team Secret played very consistent the whole tournament, but they lost their composure when they faced G2 Esports. G2 Esports seem to be some newcomers, but it is actually the reigning world champion team which used to play for Penta Sports. There were no upsets or surprises and G2 marched on to the finals.

The American teams Rogue and Evil Geniuses had a bit more tension, but it was also a pretty one-sided affair. Rogue lead with 4-2 on the map Bank, but allowed EG to get back in the match. EG took the first map and gained momentum. Rogue tried time and again to get the upper hand, but it wasn’t meant to be.

In between there were showmatches with casters on Saturday and on Sunday a showmatch with esporters. These matches really showed the fun and enjoyment there is in a casual match of Rainbow Six: Siege. Rounds where you were only allowed to use knifes, rounds where the defenders broke all the walls in the preparation phase, laughs all around.

The Six Major has its own theme song. To present this to the world, there had to be classical musicians performing. When your show is in Paris, you have to uphold a certain standard.

The final between G2 Esports and Evil Geniuses was a rerun of the Six Invitational final in Montreal. The same ten esporters were on stage, battling it out. There was a big difference in the score though. Montreal was a tight affair, but Paris was a walk over. G2 punished EG with a 6-2, 6-2 and 6-2 score in the three maps. For all concerned: there is no doubt whatsoever which team is the best in world at the moment. G2 Esports reigns supreme.